Did you know that all over Germany, there are about 40 Fairytale Forests?
How cool does that sound?

Actually, there’s a “Märchenwald” in my hometown Solingen. These “forests” were some of my favourite places to visit when I was a kid. Ah, childhood memories! Sometimes, they are actual forests, sometimes they are parks, but they are all filled with little huts, and each hut tells the pivotal scene of a fairytale.

If you’re lucky and the huts are well-maintained, you may even get a voice telling you the scene when you press a button, and the puppets inside the hut move to act it out. There are usually petting zoos filled with goats and donkeys and for kids, it’s magical! Some huts even look like gingerbread houses! My local one has definitely seen better days and has declined every time it has changed hands, but there’s still a huge lake with old-timey water carousels, and in the summer you may even row boats across it. 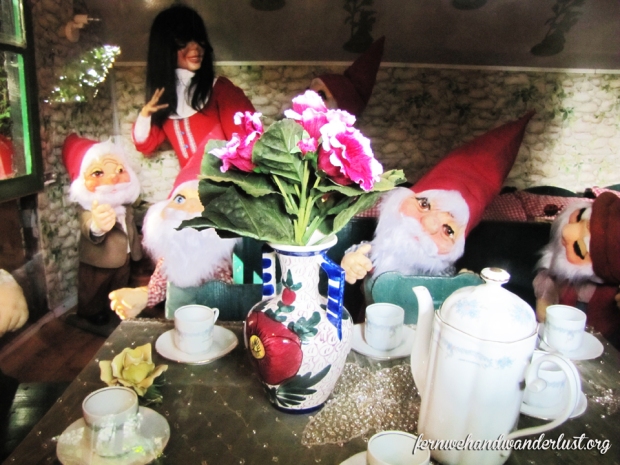 Growing up in Germany, you grow up with the fairytales of the Brothers Grimm. That’s just a fact of life. So needless to say my childhood was filled with fairytales. Mainly Brothers Grimm, of course, and Hans Christian Andersen, but many others as well. The better-maintained forests explain which fairytale you’re seeing in the hut. My local one unfortunately tests your fairytale knowledge to the extreme – unless it’s Snow White or Hänsel & Gretel your best guess is as good as mine. I’ve always liked the lesser known fairytales better and thought I actually knew my way around them – The Star Money, All-Kinds-Of-Fur, Rumpelstiltskin, Mother Hulda, and The Seven Ravens were always among my favourites – but even my sister and I were stumped.

Fairytale Forests can be very charming indeed.  The sun shining just right through the foliage, tinting everything it touches in a soft glow and giving it that old-timey feeling and look. Children dashing about from hut to hut, pressing buttons to make the puppets inside come to life and the narrator tell the story.

That’s how I remember them. Mostly.

Because I also remember a night-time walk in the Deutsche Märchenwald Altenberg while on a choir practice weekend there with school. I must have been about 11 or 12 and we had several older students and teachers with us. We were staying in a convent just opposite the entrance of the Fairytale Forest and – for some reason or other – decided it’d be a fun idea to walk through the forest by moon and torchlight (as if an ancient convent at night isn’t scary enough).

And it was alright. At first. Until the older students jumped out into the path from behind the huts while we walked past, and pressed the buttons so the puppets would move and the noises start at just the right time.

I screamed. It was the single most creepy thing I have ever experienced! Given that a lot of the huts have paint flaking off and the puppets have all seen better days, they make for a very eerie atmosphere late at night.

I never liked them quite as much as before, after that night. But in the daylight, they’re quaint little places in which fairytales come to life. 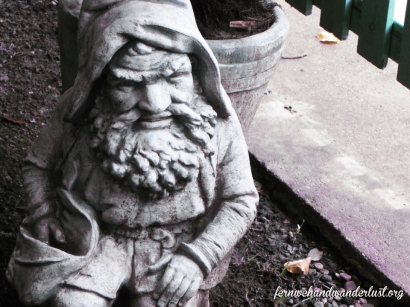 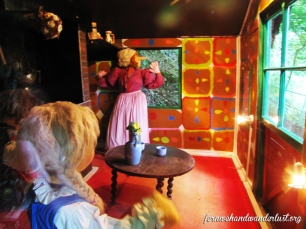