Today is R U OK? Day in Australia, and while I am on the other side of the world, I whole-heartedly support this campaign and I wish other countries would take it on as well!

I want all my friends and followers to know that you can always talk to me about anything, and I will always listen. You will never hear “Suck it up” or anything along those lines from me. And what you feel comfortable sharing with me will stay strictly between us, I will not betray your trust! It is perfectly OK to say that you’re not OK, and you never have to put up a front with me. I won’t think any less of you just because you’re going through a hard time. In fact, I’d be very proud of you, for carrying on, getting up every day and facing your demons instead of giving up. That’s an immense strength, and I admire you for it!

I’ve got my own mental health issues to battle, so I feel you, I really do. And I know how hard it can be to open up to someone and admitting you’re not doing as well as you worked so hard to make everyone believe. So I  promise to ask “R U OK?” more often, to initiate the dialogue. Just checking up on someone can make all the difference. Having someone who’ll listen without judgement. Don’t be afraid that you’d be “dragging me down too”, you never could. A little bit of gloom won’t damage our friendship in the slightest. It’d rather strengthen it, because we trust each other with our problems. And we’ll be able to work on a solution together, side by side.

A while ago, I wrote the following in my journal on a particularly bad day:

I’d been brushed off so many times. I had tried to reach out to friends because my mind that day was a dangerous place, but nobody picked up the phone all night. I pleaded in text messages, asking whether I could call real quick but got no replies. I spent that night crying and talking to myself to get everything out, because the only other option my mind came up with was one I will never entertain. And it scared the shit out of me that all I could come up with – in the lack of a real conversation – were those two options. Don’t be alarmed, and don’t worry about me. I put a stop to that thought as soon as it entered my mind. I am stronger than that, and that moment actually showed me just how strong I can be. But I thought that nobody would want to sit and listen to me cry anyway, so I’d just fake a smile the next day, and pretend all’s well and maybe people would tolerate me enough so I wouldn’t feel so alone.

That was before a friend asked me sincerely whether I’m OK, made me tea, and let me talk, and kept probing until I revealed the source of the problem. It took a few conversations and a lot of tears and encouragement, but it was so worth it in the end. And I am so grateful to her for doing that. I never want anybody else to feel like I did the day I wrote that quote. So helpless and ignored.

You matter, your problems are real. If you need to reach out to anyone, I’ll be there. And if you’re afraid that I won’t pick up, text me “RUOK” or “Help” or “Emergency” (or any other distress signal) and I’ll pick up the phone (or come over, depending on where you are) immediately. Sometimes, all it takes is a hug, a shoulder, and a willing listener to make the world a brighter place again.

So let me start by asking: R U OK? 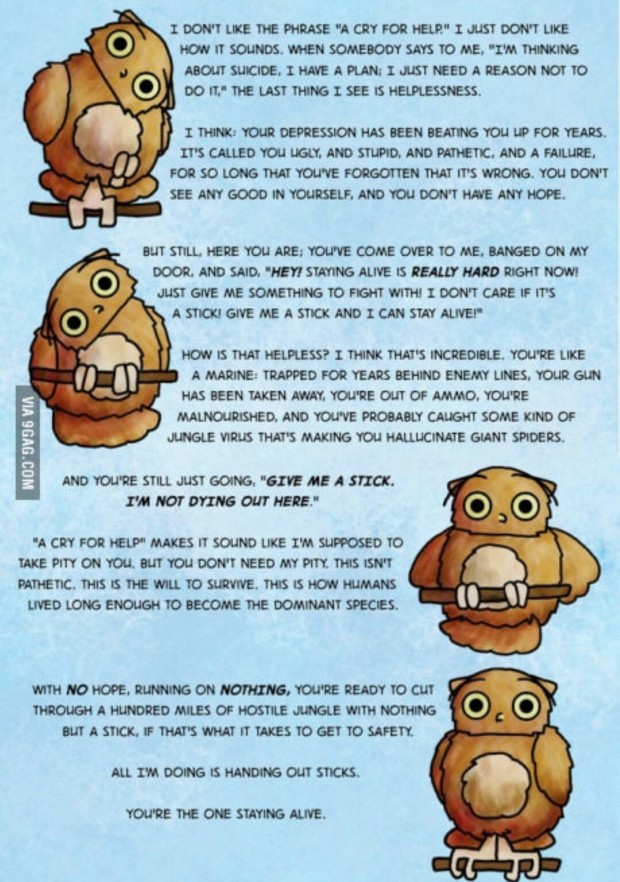