Another Throwback Thursday, and another interview I did while studying Travel Journalism at the University of Cumbria.

I spoke to Bosnian author Vesna Maric about her memoir Bluebird for Words by the Water in 2009.

This interview was first published in Write On! magazine, the official Words by the Water 2009 festival magazine created by the journalism students at the University of Cumbria.

When Vesna Maric first came to the Lake District, she was a 16-year-old refugee from war-torn Bosnia. This year, she returns to Cumbria to promote her memoir Bluebird at Words by the Water.

Bluebird tells Vesna’s story of the outbreak of the Bosnian war in 1992. She takes her readers with her on the bus journey to Penrith as she explores British culture and traditions and life as a not-so-stereotypical refugee through the eyes of a teenager. “I found it fascinating to see all these ordinary people in an extraordinary situation behaving in ways that you may not expect.”

“It showed me that people’s personalities become exaggerated in difficult situations, for better or for worse. Some people were kinder, others more selfish, while others yet broke or flourished under pressure”

Her book has only been released at the beginning of February 2009, so Vesna is biting her fingernails for the big newspapers to review it. “It was chosen for Radio 4’s Book of the Week and that was really fantastic. I was very flattered by that, as I was by the fact that Woman’s Hour wanted to interview me and talk about the book. It’s all been fantastic! I was especially delighted by the Guardian’s review!”.

She started writing the book in 2004, when she was in Miami for two months. It was the much needed time out, which finally made her sit down and start writing, although she had been entertaining the thought for years. “It was a kind of ‘now or never’ moment.” Since then she’s edited it, added to it and chopped it for years, until the final version was finally ready for publication.

Yet Maric is no stranger to the world of writing, and among her published work can count contributions to the Lonely Planet guidebook series dating back to 2004. “I got into it because I wanted to write for a living and travel for a living – so the two things combined perfectly. I was working at the BBC World Service before that, and it was much too office-based for me” she explains. Yet, she is undecided as to whether she’s happiest at home or on the road. “I really love both. I love travelling and getting out of London when I’ve had too much routine.” 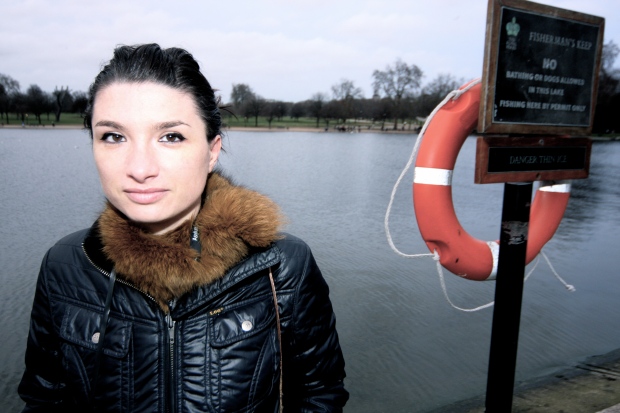 Bosnian author Vesna Maric in the Lake District. Her memoir Bluebird was published in 2009. Photo by Rafael Estefania

“It’s a fantastic feeling to be at a grim airport in the morning, on a red-eye flight, feeling rough, and then, two or three hours later, be sitting in Spain or Italy or Croatia, or anywhere else, with a blue sky above you, the sun shining and the sea glittering ahead. Travelling is the perfect way to shrug off the jaded self, to ward off unnecessary distraction, and to take, and lose control over your daily life. It’s liberating” this intrepid traveller justifies.

“But I equally love coming home and falling into my bed – my research trips can be very long, sometimes around two months, so being able to stay in on the sofa, cook at home, and sleep in your own bed becomes a real luxury. And I adore London and miss it terribly wherever I go. There’s no place like it in the world.”

Ever since she first got off the bus that took her from her homeland to the Lake District, Vesna has also had a special relationship with this region. For her first few years as a refugee in the United Kingdom, she lived in Penrith. “I love Cumbria and I feel like it’s my heart’s home in Britain. Well, alongside London.”

Currently, she is working on a novel, for which she took some time off work. “It’s quite exciting to be writing it and I am grateful to have a couple of months off, to dedicate to it.” Her next Lonely Planet gig will be in London, and she is already looking forward to it. “That will be great!”

Vesna will be speaking at Words by the Water on Monday, 2nd March about “Different Cultures, Different Teenage Years”, alongside fellow travel writer Kapka Kassabova. “I do get terrible stage fright, which I try to mind-control rather unsuccessfully” Vesna confesses. “Though at my last reading, I actually managed to not feel like I might have a seizure – for about five minutes. I watch other, really confident writers read and talk on stage and that makes me feel even worse”. But despite all this, Vesna is looking forward to Words by the Water. “There will be quite a few people I know in the audience, which will make it really fun. I hope.” 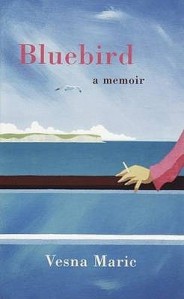