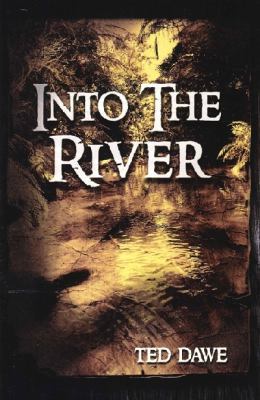 This post is part of the 2016 April A to Z Challenge. Also part of my 60 Books Challenge: A banned book.

Into the River by Ted Dawe is a coming-of-age and loss-of-innocence story which, albeit briefly, became the first book to be banned in New Zealand.

The story is about a Māori boy called Te Arepa “Devon” Santos. Having grown up on the rural East Coast, the fourteen-year-old boy wins a scholarship to attend an exclusive boy’s boarding school in Auckland.

Like many young adult novels set in schools and featuring teenagers as the main characters, the book contains its fair share of references to drugs, sex, racism, bullying and foul language. However, none of these things warranted an interim restriction for this book. Maybe those who sought to ban this novel are out of touch with what goes on between teenagers at school.

What becomes clear to any reader is that teenagers deal with many problems, ranging from peer pressure, the complex relationships between adolescents, confusion, sexual exploration, vulnerability, to loss and survival.

Yes, some swear words are used. But not so much so that the book would require a Parental Advisory sticker. Yes, there are sex scenes. However, there is steamier fanfiction on the internet – written by actual 14-year-olds – than any of the scenes in this book written by a 60-something teacher.

It’s evident in his flowing dialogue and the way the characters interact, that at least some of the behaviour is based on observation. By making the main character Māori, Dawe not only highlights the culture and the way Te Arepa tries to follow in the footsteps of his iwi’s (tribe’s) and whanau’s (family’s) ancestors, it also highlights New Zealand’s multiculturalism and the way the two languages – English and Te Reo (Māori) – have merged. While readers unfamiliar with kiwi expressions may stumble over some of the Māori vocabulary, they also leave no doubt about the society this story is set in.

Dawe’s writing style is fast and vivid, making his readers feel like part of the story. Not many Pākeha men would make the protagonists in their stories Māori and do so believingly without belittling a whole culture. But Dawe pulls it off. The only thing making it obvious that a white man wrote the book, rather than a Māori, is that traditional cultural aspects Te Arepa would have grown up with and which would have informed the way he views the world play a smaller part than they probably should.

Into the River is a brutally honest look at adolescence. Instead of trying to ban this book, maybe parents should openly discuss the issues it addresses with their teens.

One thought on “Into the River by Ted Dawe #AtoZ #60Books”